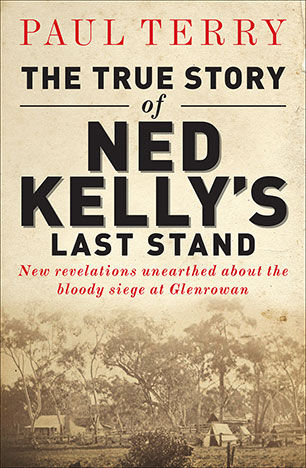 Using science, history and family lore to unearth a new understanding of how a legend was made this is the full story of the most famous siege in Australian history - the man and the myth; the people great and small.

When Ned Kelly fought his Last Stand at Glenrowan, he made his suit of armour and a tiny bush pub part of Australian folklore.

But what really happened at the Glenrowan Inn when the Kelly Gang took up arms against the government? Who was there when the bullets began to fly and how did their actions help to set the course of history?

Almost 130 years after the gunfight, a team of archaeologists peeled back the layers of history at Glenrowan to reveal new information about how the battle played out, uncovering the stories of the people caught up in a violent confrontation that helped to define what it means to be Australian.

The True Story of Ned Kelly's Last Stand uses science, history and family lore to literally unearth a new understanding of how a legend was made.

It examines the actions of a woman who took a chance and lost.

It delves into the lives and deaths of the people who helped to create the legend.

And, perhaps most importantly, as the inn reveals its lost secrets, it creates an opportunity to shed new light on Ned Kelly, a man who still polarises a nation as either a romantic hero or a convicted killer.
More books by this author

Paul Terry is a producer with 7 Prime, and has worked as a journalist in radio, television and newspapers in NSW, SA and Tasmania. He was part of the archaeological survey of the Kelly Gang siege site in Glenrowan, and subsequently worked as a producer on the documentary Ned Kelly Uncovered, which aired on ABC TV.