The untold story of England's 'maids for Virginia' 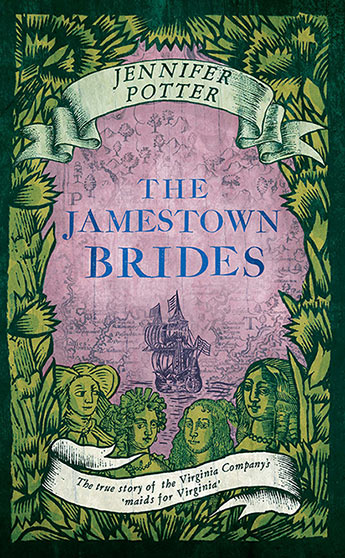 The extraordinary story of the British women who made the perilous journey to Jamestown, Virginia, to become wives for tobacco planters in the New Colony.

In 1621, fifty-seven women undertook a three-month journey to Jamestown after responding to an advert placed by the Virginia Company of London calling for maids 'young and uncorrupt' to make wives for its planters in the New Colony.

Although the women travelled of their own free will, the Company was in effect selling them at a profit, having set a bride price of 150lbs of tobacco for each woman sold. The colony was then less than fifteen years old and the Company hoped to root its settlers to the land with ties of family and children. But what did the women want from the enterprise? Why did they agree to make the dangerous Atlantic crossing to a wild and dangerous land, where six out of seven European settlers died within their first few years, from dysentery, typhoid, salt poisoning and periodic skirmishes with the native population?

Using original research, including company records and contemporary accounts, Jennifer Potter gives voice to these women and takes the reader on a journey alongside the brides as they travel into a perilous and uncertain future.
More books by this author

Jennifer Potter is the author of three novels and three works of non-fiction: Strange Blooms, The Rose and Seven Flowers. She reviews regularly for the Times Literary Supplement and was until recently a Royal Literary Fund Fellow at King's College London.