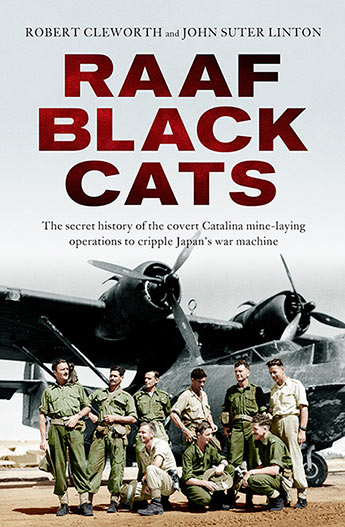 The secret and dangerous operations of Australia's Pacific War Catalina crews told for the first time.

In March 1945 Reg Cleworth, a navigator on PBY Catalina seaplanes flying out of Darwin, went missing in action. No details were ever given about the incident that took his life, nor the reason his plane went down. For Reg's younger brother, Robert, the news came as a fulfilling prophecy. The last time they saw each other, Reg confided in Robert, 'I don't think I'm coming back'.

Forty years later Robert decided to investigate what happened to his brother. What he uncovered was an extraordinary story of a covert Australian airborne mine-laying operation in cooperation with the US Seventh Fleet to disrupt the Japanese supply routes. One of the riskier and more dangerous RAAF undertakings of the Pacific War, secrecy restrictions were imposed on everyone involved. They were never formally lifted.

Had it not been for a chance meeting that allowed Robert access to previously unopened files in the US national archives, this remarkable story may never have been untold. What he unearthed revealed the sacrifice and achievements of the RAAF Catalina crews and the vital role they played in MacArthur's strategic plan for the south-west Pacific.

Absorbing, compelling and powerfully told, RAAF Black Cats is an important addition to our understanding of Australia's role in the Pacific War.
More books by this author

Robert (Bob) Cleworth MPhil has compiled five books, one on Australian War Graves and Missing Australians, in addition to three publications on the work of RAAF Catalina Operations in World War II. He was, for a number of years, Secretary of the Catalina Association of New South Wales.

John Suter Linton has worked extensively in the print and electronic media as a journalist, feature writer, researcher, scriptwriter, editor and producer. He is also the author of six true-crime novels.