The Word and the Bomb 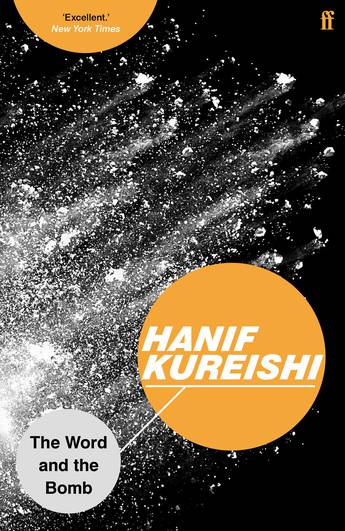 Over the past 10 years Hanif Kureishi has charted the gradual widening of the gulf between fundamentalist Islam and Western values. Starting with The Black Album, Kureishi portrayed the ongoing argument between Islam and Western liberal values, between Islamic certainty and Western rational scepticism. By the time he was writing the short sotry, My Son the Fanatic, the break was complete - there was no longer any attempt by the fundmentalists to find any common ground with Western culture.

The outbreak of the Iraq war and its aftermath, plus the recent bombings in London, have stimulated Kureishi to write further about this great divide between the East and the West, and this volume collects Kureishi's writings from the past 10 years which have have dealt with this subject, charting Islam's disengangemnt from dialogue with the West.

The volume also contains a new piece, written especially for this book, which brings Kureishi's analysis of the situation right up to date.
More books by this author

Hanif Kureishi was born and brought up in Kent. He read philosophy at King's College, London. He is the author of numerous novels, short story collections, screenplays and plays. In 1984 he wrote My Beautiful Laundrette, which received an Oscar nomination for Best Screenplay. His second film, Sammy and Rosie Get Laid, was followed by London Kills Me, which he also directed. The Buddha of Suburbia won the Whitbread Prize for Best First Novel in 1990 and was made into a four-part drama series by the BBC. His second novel, The Black Album, was published in 1995 and his first collection of short stories, Love in a Blue Time, was published in 1997. My Son the Fanatic, a story from that collection, was adapted for film and released in 1998. Intimacy, his third novel, was published in 1998, and was adapted for film in 2001. A second collection of short stories, Midnight All Day, was published in 2000, followed in 2001 by his fourt