Life, love and fashion in the great city by the Seine 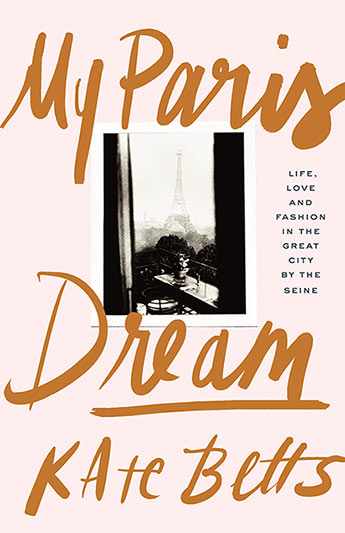 Former editor-in-chief of Harper's Bazaar recalls her time in Paris - falling in love, finding herself, and being initiated into the world of high fashion.

When Kate Betts graduated from Princeton, she was desperate to stand on her own two feet and discover who she really was.

Kate decided to take a leap of faith and move to Paris where she would throw herself into Parisian culture, master French and a find a job that would give her a reason to stay.

After a series of dues-paying jobs, she began a magnificent apprenticeship at Women's Wear Daily and was initiated into the high fashion world at a moment that saw the last glory of the old guard and the explosion of a new generation of talent.

From a woozy yet enchanting Yves Saint Laurent to the mischievous and commanding Karl Lagerfeld, to the riotous, brilliant young guns -- Martin Margiela, Helmut Lang, and John Galliano -- who were rewriting the rules of fashion, Betts gives us a view of what it looked like to a young woman, finding herself, falling in love, and exploring this dazzling world all at once.

Rife with insider information about restaurants, shopping, travel, and food, Betts's memoir brings the enchantment of France to life -- from the nightclubs of Paris where she learned to dance Le Rock, to the lavender fields of Provence and the forests of le Bretagne -- in an unforgettable memoir of coming-of-age.

Kate Betts is the ultimate fashion insider. In addition to her earlier stints as the former editor-in-chief of Harper's Bazaar and as #2 editor at Vogue (under Anna Wintour), she is also currently a contributing editor at TIME and The Daily Beast, and reports on fashion for CNN. She lives in New York with her family.