My Ear at His Heart 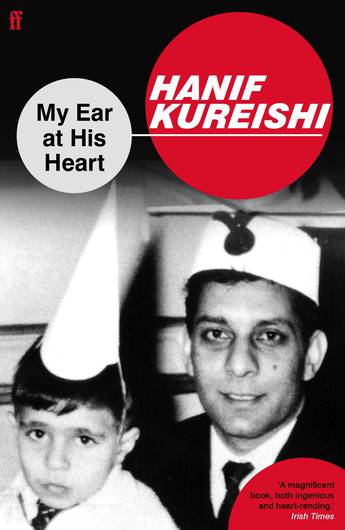 Following the discovery of an unfinished manuscript written by his father, Kureishi looks back on his own development as a writer in the light of his father s unrealised literary ambitions

A remarkable insight into the birth of a writer, and the moving discovery of family secrets.

When Hanif Kureishi discovers an abandoned manuscript of his father's his understanding of the family history is transformed. So begins a journey which takes Kureishi through his father's privileged childhood by the sea in Bombay, to the trauma of partition and to his adult life hidden away in the suburbs of Bromley - his days spent as a minor functionary in the Pakistan embassy in London, his nights writing prose, hopeful of one day receiving literary recognition. This is a book about his father's failed career as a writer and the beginnings of Kureishi's successful career as one - as his father looks on with pride and perhaps envy.