Hell Is Round the Corner 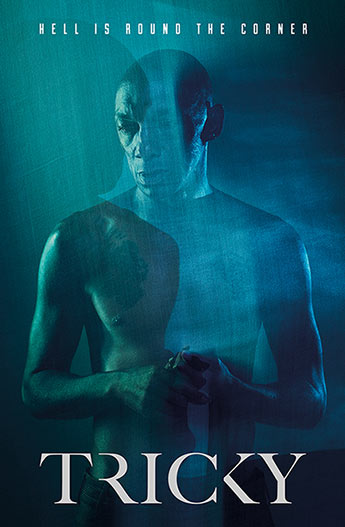 'I was never interested in being the richest dude on the planet. My attitude was, I'm gonna turn music upside down. I'm gonna make a sound that nobody's heard before.' The autobiography of one of the most original artists to emerge from the UK in the past 30 years.

Tricky is one of the most original music artists to emerge from the UK in the past 30 years. His signature technique - layered, eerie, downtempo hip-hop coupled with deep, questioning lyrics - took the UK by storm in the early 1990s and was part of the sound that defined the post-rave generation. This unique, no-holds barred autobiography is not only a portrait of an incredible artist - it is also a gripping slice of social history packed with hair-raising anecdotes and voices from the margins of society. Tricky examines how his creativity has helped him find a different path to that of his relatives, some of whom w ere bare-knuckle fighters and gangsters, and how his mother's suicide has had a lifelong effect on him, both creatively and psychologically. From the Bronx to Berlin, via Paris and LA, Tricky has continued to push himself in new directions as a performer.

With his unique heritage and experience, his story will be one of the most talked-about music autobiographies of the decade.
More books by this author

Born in 1968, into the poverty-stricken West Knowle area of Bristol, to an Anglo-Guyanese mother and Jamaican father, Adrian Thaws didn't have the easiest start in life. Environmental influences, particularly his mother's suicide, made a deep imprint on the boy who would grow up to become the artist and performer known as Tricky. Over the course of his career as a solo artist, he has released 13 studio albums, selling over 2 million copies worldw ide. His debut album Maxinquaye (1995) was nominated for the Mercury prize and sold over 800,000 copies worldwide. He is admired internationally by some of the biggest names in music. He currently lives and records in Berlin.