Inside the private world of Edmund Hillary 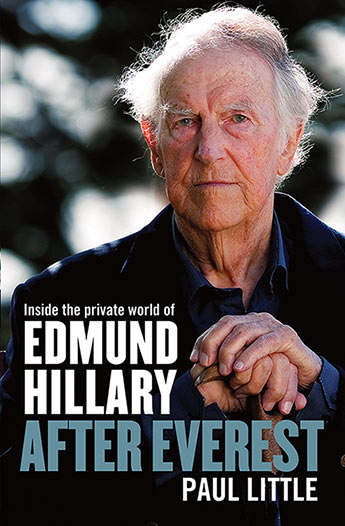 A fascinating exploration of the life of mountaineer and adventurere, Edmund Hilary - penetrating beyond the legend to reveal a character of paradoxes.

'Well if you have a big life, a lot of stuff happens. Dad had a big life.' - Peter Hillary

Edmund Hillary is a towering figure among adventurers. His conquest of Everest and his dedication to the welfare of the Nepalese people is well known. While much has been written about what Sir Edmund Hillary did, 'Ed', the man behind the legend, is less well known in large part because he controlled how his story was told.

The years leading up to Everest and the other great adventures are remarkable enough, but it is the drama of Ed's later years that throws light onto the world of the private man: the death of his wife and daughter in an air crash, his remarriage to the widow of an old friend, and, finally, the falling out, after his own death, of family members and those in his inner circle.

Ed's image was that of a simple, straightforward man, but in reality he was a complex bundle of paradoxes. He was an individualist who always worked with a team; a young loner who came to be loved by millions; a sometimes distant father who was seen as a surrogate parent by thousands of Nepalese; and a left-leaning thinker who accepted the highest order of chivalry from Queen Elizabeth II.

This is the story of the man behind the legend.

Paul Little is one of New Zealand's best known journalists. He has been editor of Metro and the New Zealand Listener, is a columnist for the Herald on Sunday and North and South magazine and the author of seven previous books.