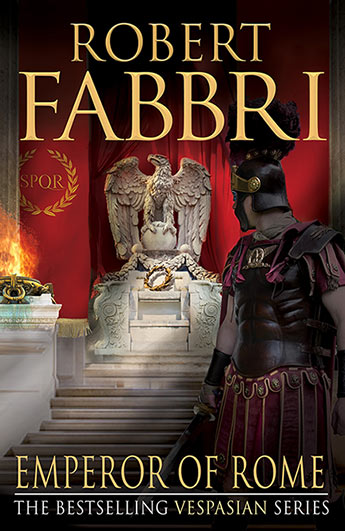 The final, thrilling instalment in the epic Vespasian series from the bestselling author, Robert Fabbri.

Rome, AD 68. Vespasian is tasked with the impossible. Should he quell the revolt in Judaea, as Nero the emperor has instructed, or resort to the unthinkable and sabotage his own campaign? If his conquest succeeds, he risks facing the mad emperor's jealousy. If he fails, his punishment will be severe.

But then Nero commits suicide, catapulting Rome into turmoil. With a contested throne and an army at his disposal, now may finally be Vespasian's time - to ascend, to conquer, to achieve what countless prophecies have foretold and take control of Rome itself. Will Vespasian, at long last, be the one to wear the purple?
More books by this author More books in this series