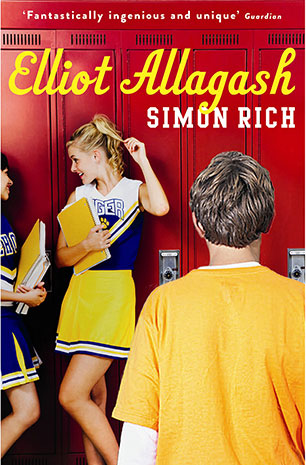 As manipulative as Cruel Intentions, as competitive as Election, as geeky as Napoleon Dynamite, Elliot Allagash reminds you what your teens were like, and why growing up is so hard to do!

Seymour isn't cool, but he isn't a geek either. He's a lonely, obedient 8th grade loser at Glendale, a second tier prep school in Manhattan. His chubbiness has recently earned him the nick name Chunk Style and he has resigned himself to a life of isolation. All of this is about to change. Allagash, the arrogant heir of America's largest fortune, finds himself marooned at Glendale. Try as he may, Elliot cannot get expelled this time; his father has donated too much money. Bitter and bored, Elliot decides to amuse himself by taking up a new hobby: transforming Seymour into the most popular student in school. as Elliot introduces Seymour to new concepts, like power, sabotage and vengeance.

With Elliot as his diabolical guide, Seymour gradually learns about all of the incredible things that money can buy, and the one or two things that it can't. Hilarious, ingenious and tightly plotted, Elliot Allagash reminds you what your teens were like, and why growing up is so hard to do.
More books by this author

Simon Rich writes for the popular TV sketch comedy show Saturday Night Live, where his sketches have starred celebrities from Justin Timberlake to Anne Hathaway. He is also a screenwriter as well as the author of two humour collections, Free Range Chickens and Ant Farm (the latter was nominated for the prestigious 2008 Thurber Prize). His work has often appeared in The New Yorker and his short story Strong and Mighty Men won the Harvard short story prize. He graduated from Harvard University, where he was president of The Harvard Lampoon. Rich is 25 years old and Elliot Allagash is his first novel.