The Forest Of Lost Souls 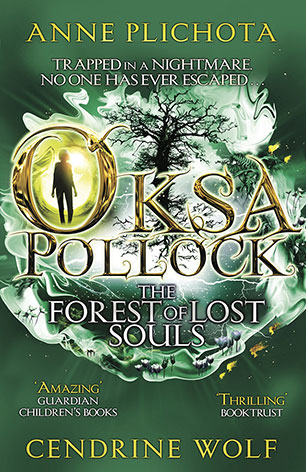 Oksa's powers are growing. So are the dangers .

Oksa Pollock has made some pretty incredible discoveries in the last few months, not least that she's the queen of the lost magical land of Edefia. As if that wasn't enough for anything thirteen year old to be dealing with, her mother is still desperately ill after being attacked by Edefia's unscrupulous enemies, and now her best friend in the whole world, Gus, has become trapped in the Forest of Lost Souls.

Entering that terrifying place is the rescue party: Oksa and a few fellow Runaways, including the moody, mysterious Tugdual. In the forest the group must all face their own personal demons, not to mention an assortment of horrific creatures in a despate attempt to bring Gus back to life.
More books by this author More books in this series

Anne Plichota was born in Dijon, France, and after studying Chinese language and culture spent several years living and working in Korea and China.

Cendrine Wolf was born in the Alsace region of France. She studied sports and went on to work with teenagers in deprived neighbourhoods.

Cendrine and Anne have been friends for almost two decades and have always wanted to find a project to work on together (including plans to open an English delicatessen in Eastern France!). They are glad they finally found one.