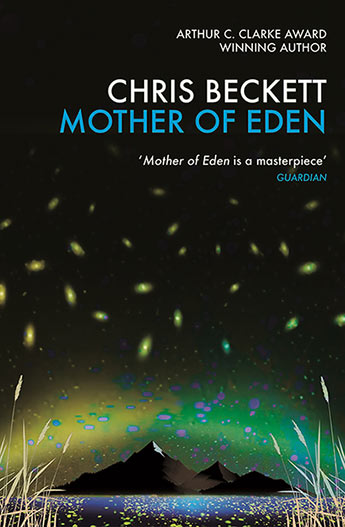 From a rising star of British SF comes a richly imagined, thought-provoking sequel to Dark Eden, winner of the Arthur C. Clarke award, 2013.

'We speak of a mother's love, but we forget her power. Power over life. Power to give and to withhold.'

Generations after the breakup of the human family of Eden, the Johnfolk emphasise knowledge and innovation, the Davidfolk tradition and cohesion. But both have built hierarchical societies sustained by violence and dominated by men - and both claim to be the favoured children of a long-dead woman from Earth that all Eden knows as Gela, the mother of them all.

When Starlight Brooking meets a handsome and powerful man from across Worldpool, she believes he will offer an outlet for her ambition and energy. But she has no idea that she will be a stand-in for Gela herself, and wear Gela's ring on her own finger.

And she has no idea of the enemies she will make, no inkling that a time will come when she, like John Redlantern, will choose to kill...
More books by this author

Chris Beckett is a university lecturer living in Cambridge. He is the winner of the Edge Hill Short Story competition, 2009, for The Turing Test, the prestigious Arthur C. Clarke award, 2013, for Dark Eden and has been shortlisted for the British Science Fiction Association Novel of the Year Award, 2015, for Mother of Eden.