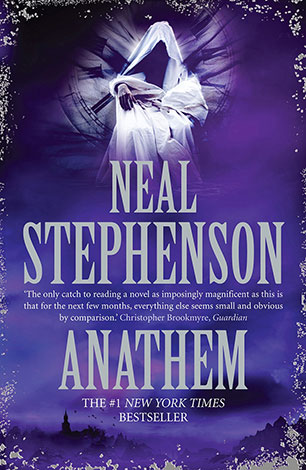 A magnificent creation from the award-winning author of Cryptonomicon.

Erasmas, 'Raz', is a young avout living in the Concent, a sanctuary for mathematicians, scientists, and philosophers. Three times during history's darkest epochs, violence has invaded and devastated the cloistered community. Yet the avout have always managed to adapt in the wake of catastrophe. But they now prepare to open the Concent's gates to the outside world, in celebration of a once-a-decade rite. Suddenly, Erasmas finds himself a major player in a drama that will determine the future of his world - as he sets out on an extraordinary odyssey that will carry him to the most dangerous, inhospitable corners of the planet and beyond.

Neal Stephenson is the author of the three-volume historical epic The Baroque Cycle (Quicksilver, The Confusion, and The System of the World) and the novels Cryptonomicon, The Diamond Age, Snow Crash, and Zodiac. He lives in Seattle, Washington.