Singing to the Dead 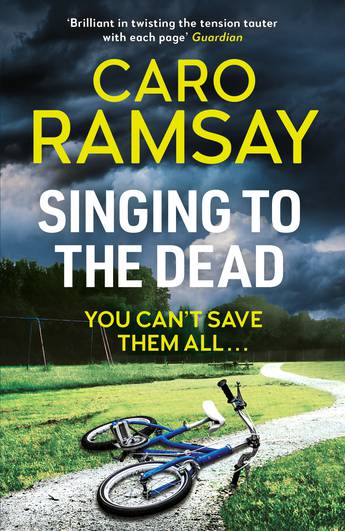 Two seven-year-old boys have been abducted from the streets of Glasgow. Both had already endured years of neglect and betrayal - but for DI Colin Anderson the case is especially disturbing, because the boys look so much like his own son Peter . . .

With police resources stretched to breaking point, a simple house fire turns into a full-scale investigation. An invisible killer is picking off victims at random and, if DS Costello's hunch is correct, committing an ingenious deception. As his squad struggles to work both cases, DI Anderson learns that duplicity and betrayal come in many guises. For while the boys' abductor is still out there no child is safe - as young Peter Anderson is about to find out.
More books by this author More books in this series

Caro Ramsay is the Glaswegian author of the critically acclaimed DI Anderson and DS Costello series, the first of which Absolution, was shortlisted for the CWA's New Blood Dagger for best debut of the year. The ninth book in the series, The Suffering of Strangers was longlisted for the McIlvanney Prize 2018.