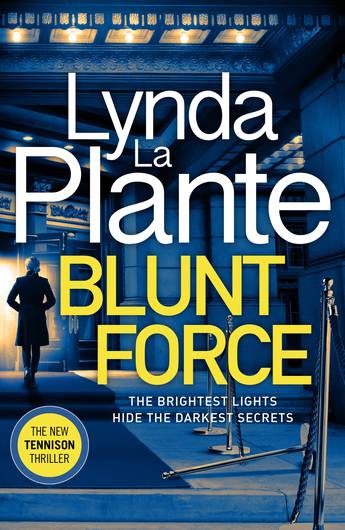 Jane Tennison must navigate the salacious world of theatre to solve a brutal murder in the heart of London's West End, in the brilliant new thriller from the Queen of Crime Drama, Lynda La Plante.

Things can't get much worse for detective Jane Tennison. Unceremoniously kicked off the adrenaline-fuelled Flying Squad, she now plies her trade in Gerald Road, a small and sleepy police station in the heart of London's affluent Knightsbridge.

With only petty crime to sink her teeth into, Tennison can feel her career slowly flatlining. That is until the discovery of the most brutal murder Jane has ever seen: Charlie Foxley has been found viciously beaten to death with a cricket bat - his body dismembered and disembowelled.

As a big-time theatrical agent, Foxley had a lot of powerful friends - but just as many enemies. And alongside her old friend DS Spencer Gibbs, Tennison must journey into the salacious world of show business to find out which one is the killer, before they strike again.
More books by this author

Lynda La Plante was born in Liverpool. She trained for the stage at RADA and worked with the National theatre and RDC before becoming a television actress. She then turned to writing - and made her breakthrough with the phenomenally successful TV series Widows. Her novels have all been international bestsellers.

Her original script for the much-acclaimed Prime Suspect won awards from BAFTA, Emmy, British Broadcasting and Royal Television Society as well as the 1993 Edgar Allan Poe Award. Lynda has written and produced over 170 hours of international television.

Lynda is one of only three screenwriters to have been made an honorary fellow of the British Film Institute and was awarded the BAFTA Dennis Potter Best Writer Award in 2000. In 2008, she was awarded a CBE in the Queen's Birthday Honours List for services to Literature, Drama and Charity.