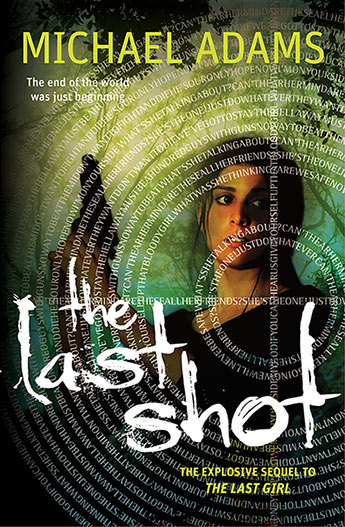 Sixteen-year-old Danby has survived the telepathic outbreak that ravaged humanity, but now she's caught in a desperate battle for her own survival - and for the future of the world.

I glance at my fellow fugitives in the glow of the fire: black-streaked, white-eyed, faces fearful but fierce. Whoever any of us were a week ago, we've now become people we could never have imagined.

After facing the heartbreaking truth in Shadow Valley, Danby is determined to have her revenge on Jack.

With Jack dead, her little brother Evan and hundreds of other Minions will be free of his control. With Jack dead, she and her friend Nathan will be able to revive thousands more from the millions of catatonic Goners.

But what if she's wrong - about everything?

After Danby confronts Jack on a dying stretch of highway, all her beliefs are turned inside out. Not only are his feelings for her real, he's working against the clock to save lives and rebuild society. To Danby's horror, it's Nathan who appears to threaten the new order.

With her emotions raging and blood on her hands, Danby has to take a side in a deadly battle that'll decide the future of the world. And as allies become enemies and foes turn into friends, she'll have to embrace methods so dark that the price of survival may be her very soul.

Michael Adams wanted to be writer from age five, when he penned his first illustrated adventure story about flying sharks attacking a naval battleship. Since then he's worked for Empire, Rolling Stone, Men's Style and Yen magazines, written for your favourite soap operas and reality TV shows - including Home And Away and Masterchef, co-hosted The Movie Show on SBS and wrote a book about this one time he spent a year watching bad movies.

Michael lives in the Blue Mountains, which, up close, are actually really green.