The Witch In The Broom Cupboard And Other Tales 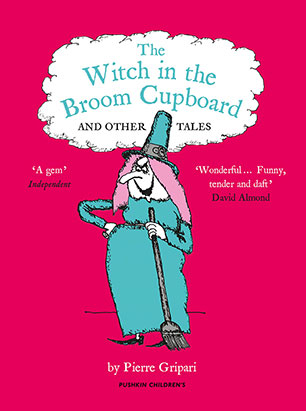 There once was a witch who lived a broom cupboard. She was a wicked witch, and very grumpy too, as you might be if you had to live in a broom cupboard. To be precise, she was the sort of witch would use her magic to make you her prisoner for ever and ever. In fact, that's exactly what she threatened to do to Uncle Pierre, and if it wasn't for his friend Bashir, along with his magic fish and translating mouse, she would have succeeded! Elsewhere in this collection a giant loses his socks, a doll looks into the future and a potato falls in love with a sultan. In these tales, clever young people find nifty ways to overcome wicked witches, outwit their parents and save their friends. And there's a big dash of magic to help them on the way!
More books by this author

Pierre Gripari, the French-Greek author, dubbed 'a Martian in exile', was one the most successful writers for children in twentieth-century France and a prolific writer for both adults and children. The stories in The Witch in the Broom Cupboard and Other Tales are among his most famous. The Good Little Devil and Other Tales is also published by Pushkin Children's Books. Puig Rosado is an award-winning illustrator famous in France and elsewhere in Europe for his children's books, press cartoons and posters.