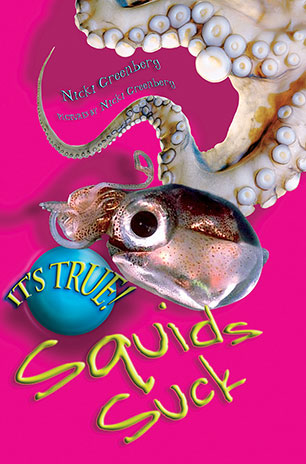 From terrifying giant monsters to dainty rockpool-dwellers, squids, octopuses and their relatives are truly extraordinary creatures, as you'll discover in this thirteenth book in the fantastic non-fiction series, It's True!

Have you ever opened a coconut and found an octopus inside? Ever been

hypnotised by a cuttlefish or squirted by a squid?

Dive in and discover why octopuses have smart arms and blue blood, which squid always wears pyjamas and why squid scientists love to play with whale vomit. Look into the biggest eye on the planet, and learn how to make an octopus blush. But watch out - these creatures really do suck!