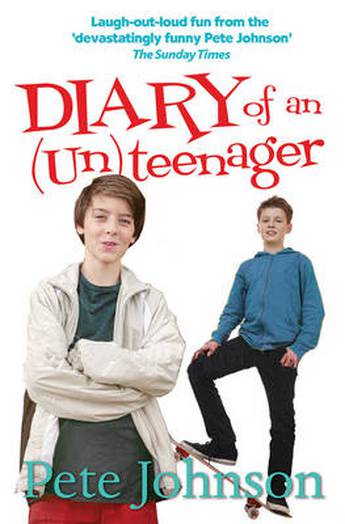 Hilarious, laugh-out-loud look at teenage life in all its glory, from the author of bestselling How to Train Your Parents.

Spencer is disgusted at the idea of being a teenager. He's not interested in girls, skateboards or huge trainers - he'll be an (un)teenager instead! Cracking new author-branded edition of a comical take on the highs and lows of being a teenager, from a hugely popular teen author.
More books by this author More books in this series

Pete Johnson was born in Winchester and studied English at Birmingham University before teaching English and Drama. His first novel for teenagers, Secrets from the School Underground, was an instant hit. Since then Pete has gone on to become one of the UK's top comedy writers for children, collecting numerous awards and having his work translated into over 22 languages around the world.