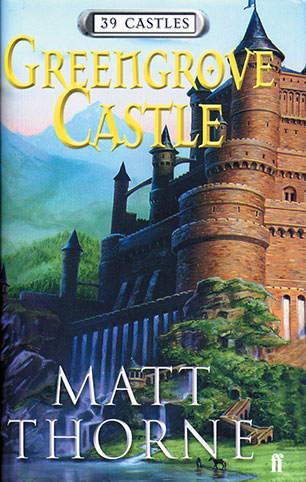 Eleanor Conway is a 12-year-old girl living with her parents in a small castle community. One day Eleanor is visited by the mysterious Anderson; he tells her that she has been selected to join an illustrious and highly secretive organisation known as Castle Seven. Eleanor must begin training, alongside four other children, in disciplines such as horse-riding, sword-fighting and diplomacy so that she is fully prepared to take part in missions and adventures on the community's behalf.

At first, Eleanor enjoys her training and her place amongst the elite Castle Seven members. But then she faces real danger - including wolves, imprisonment, and signs of betrayal from those closest to her. She must learn quickly who to trust - and how to hold her own.

Matt Thorne has published five adult novels to widespread critical acclaim, co-edited the anthology All Hail the New Puritans, and is a regular reviewer for the Independent on Sunday.