The Power of Compassion to Change Yourself and the World 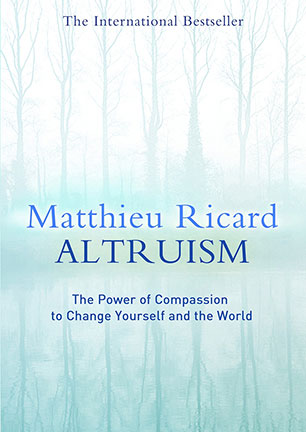 The new bestseller from Matthieu Ricard is the result of a lifetime's thought. This inspirational book argues that by understanding kindness and developing it as a skill we can change the world.

In Happiness, Matthieu Ricard demonstrated that true happiness is not tied to fleeting moments or sensations, but is an enduring state of soul rooted in mindfulness and compassion for others. Now he turns his lens from the personal to the global, with a rousing argument that altruism - genuine concern for the well-being of others - could be the saving grace of the 21st century.

Altruism is, he believes, the vital thread that can answer the main challenges of our time: the economy in the short term, life satisfaction in the mid-term, and environment in the long term. Ricard's message has been taken up by major economists and thinkers, including Dennis Snower, Amartya Sen, Joseph Stiglitz, and George Soros.

Matthieu Ricard makes a robust and passionate case for cultivating altruistic love and compassion as the best means for simultaneously benefitting ourselves and our society. It's a fresh outlook on an ardent struggle - and one that just might make the world a better place.
More books by this author

Matthieu Ricard is a Buddhist monk who had a promising career in cellular genetics before leaving France to study Buddhism in the Himalayas forty years ago. He is also a bestselling author, translator and photographer, and an active participant in current scientific research on the effects of meditation on the brain. He lives in Tibet and Nepal and is involved in humanitarian projects in both these countries.