The Rule of Laws 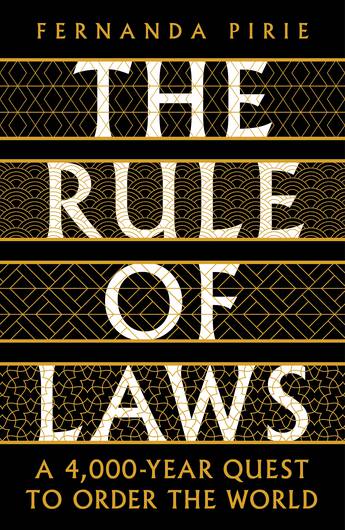 From ancient Mesopotamia to today, the epic story of how humans have used laws to forge civilizations.

The laws now enforced throughout the world are almost all modelled on systems developed in Europe in the eighteenth and nineteenth centuries. During two hundred years of colonial rule, Europeans exported their laws everywhere they could. But they weren't filling a void: in many places, they displaced traditions that were already ancient when Vasco Da Gama first arrived in India. Even the Romans were inspired by earlier precedents.

Where, then, did it all begin? And what has law been and done over the course of human history? In The Rule of Laws, pioneering anthropologist Fernanda Pirie traces the development of the world's great legal systems - Chinese, Indian, Roman, and Islamic - and the innumerable smaller traditions they inspired. At the heart of the story is a paradox: how did the pronouncements of the powerful became a vital weapon in ordinary people's fight for justice?
More books by this author

Fernanda Pirie is professor of the anthropology of law at the University of Oxford. She is the author of The Anthropology of Law and has conducted fieldwork in the mountains of Ladakh and the grasslands of eastern Tibet. She previously spent almost a decade practicing as a barrister.