Confessions of a Whale Scavenger 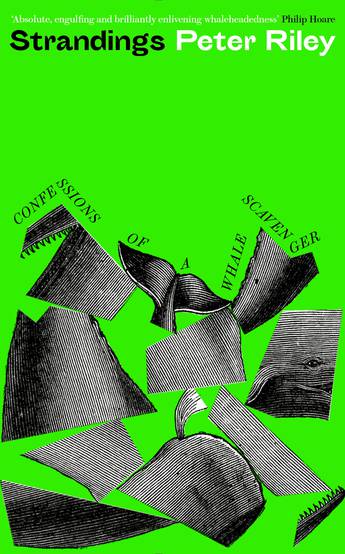 Searching for a woman who took a souvenir from a whale carcass, a Melville scholar loses his grip on reality.

'Wild and wonderful ... I doubt anyone will ever match Strandings for its sheer bravura, its wry insight, and its absolute, engulfing, and brilliantly enlivening whaleheadedness' - PHILIP HOARE, ALBERT AND THE WHALE

When Peter Riley was thirteen, a woman with blue hair and a comet tattoo asked him to help load the jaw of a sperm whale into the back of a Volvo 245. The encounter set Riley on a decades-long quest to make sense of what had happened.

Enter the secretive world of whale scavengers. When a whale washes up on one of Britain's coasts, a fugitive community descends to claim trophies from the carcass. Some are driven by magical beliefs. Some are motivated by profit: there is a black market for everything from ambergris to whaletooth sex toys. But for others, the need goes much deeper.

Join Riley on a tour of a stranded kingdom's weird outer reaches, where nothing is as it seems. Meet witches, pedlars, fetishists, conspiracy theorists and fallen aristocrats. And prepare for a final revelation, as the mystery of the comet woman tangles with the enigmatic symbol of Leviathan itself, beached on Britain's fatal shore.
More books by this author

Peter Riley has been investigating stranded cetaceans and their afterlives since his teens. He lectures in American literature at Durham University, with a special interest, naturally, in Herman Melville. Strandings won the inaugural Ideas Prize for nonfiction.